We use several pure json file git repositories in devops for storing & tracking configuration.
Some of these files are directly used by underlying systems (not critical mission tools, but still painful when failing) by web services querying git json files through devops API

Beside taking care of what we commit, error is human, without an automatic check, you can't ensure that there was no typo or incorrect schema used for pushed json. Even worse, you realize later bringing un-necessary stress & confusion.

Addressing this point shouldn't be un-doable, plenty solutions for validating json & jsonschema exists, and pre-commit hook are supported by git, sounds good, as described in this good article.

Unfortunately, I try to bring json file edition to poweruser (and not IT people) and this solution seems overkill and server side hook in devops aren't supported.

OK ! let's do it in devops build pipeline. Ok, what should we used for being as simple as possible to setup & maintains and where I had some experience.

Seeing the amount of extra work & possible future maintenance, I tried another approach on something already supported by devops pipeline : typed json schema powershell in a search engine. And it was a pretty good idea.

In a devops build task, add a powershell task and ensure to select Use PowerShell Core. If you are managing yourself, your build agent, you might have to install powershell core binaries for supporting Test-Json cmdlet.

using msteams devops connector on a channel, close to real time, you could notify of a build failure 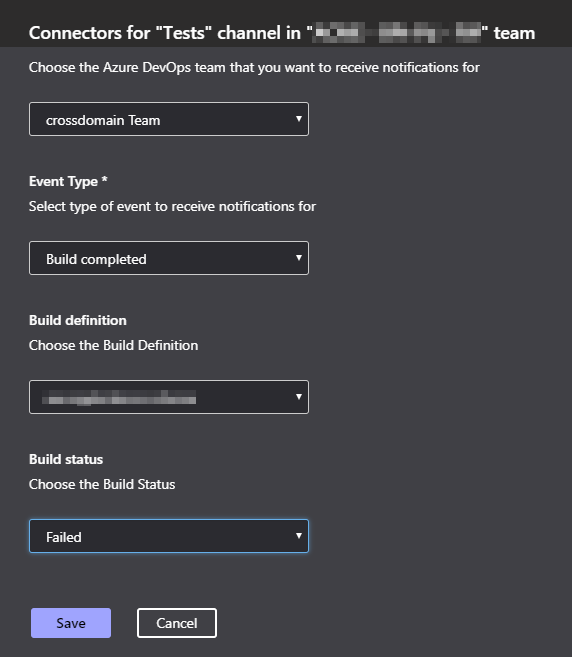 Hello everyone, Let's talk about quite complex/surprising subjects around Canvas apps. The main one will be around offline…

Hello everyone, Today, I'd like to focus on the Business Process flow part of the Dynamics 365 CRM. A…