I recently had access to the new CRM Online 2015, i was really excited to see all changes between the 2015 onPremise and 2015 Online.

Using the default clean instance allowed me to see the main changes. Perfect so far.
Next step for me was to import my customizations (updated to be compatible with the Online version before of course).

First tests were good until i tried to play randomly with some buttons in the Ribbon. After investigating :

I decided to create a quick ticket to Microsoft to figure this out.

And it turns out that currently the developer team is aware of a bug regarding the Turbo Form which doesn't get refreshed for some actions, which i spotted now :

We have a workaround : use the legacy form rendering engine which you can find here :
Settings > Administration > System settings and 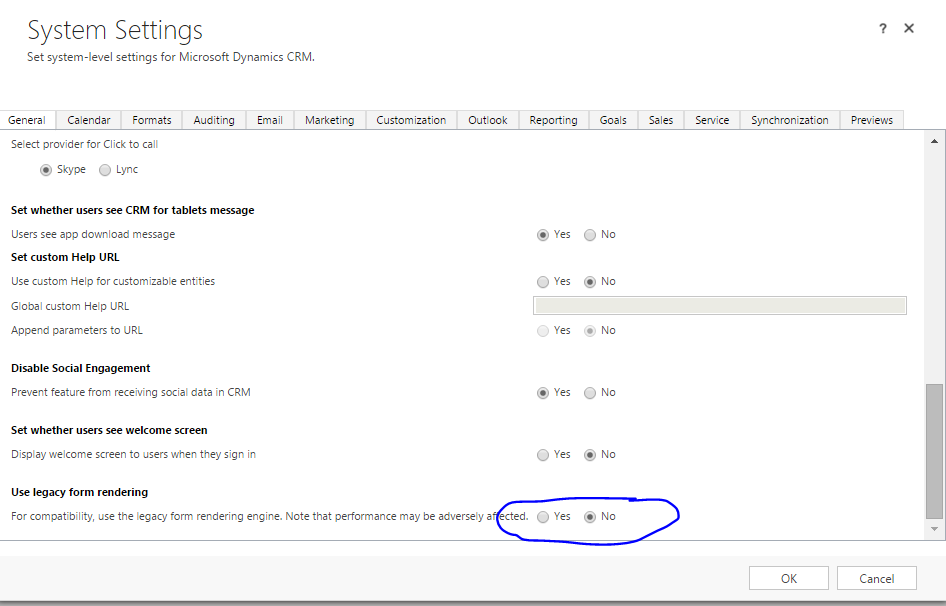 So for now, wait and see for the next Online release.
Stay Tuned !

This week reveals a new surprise in our sharepoint farm: during normal afternoon, somehow some of our pages started…

Too few articles on Internet talk about the necessity of having a dedicated Distributed cache in Sharepoint 2013. a…